RESEARCH SEMINAR
ONE WEEK TO GO

TITLE: Free to be childfree? Evidence of bias towards people who are childfree by choice 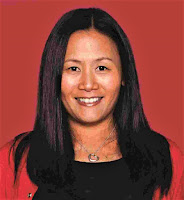