Publication and successes of graduates from the Social Cognition Laboratory

A review article of growing psychophysiological evidence on intergroup anxiety entitled “learning anxiety in interactions with the outgroup: Towards a learning model of anxiety and stress in intergroup contact” was recently published in the journal Group Processes and Intergroup Relations [click here for the abstract and full paper] by Nicholas Harris, Stefania Paolini, and Andrea Griffin. 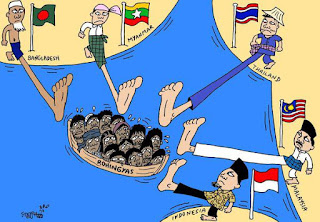 The article focuses on a re-conceptualisation of intergroup anxiety as a learning process, bridging a number of seemingly disparate areas of empirical research in a new anxiety learning model. The model proposes ways in which learning principles can be tested within established paradigms, distinguishes between episodic and chronic anxiety responses to the outgroup, and recommends investigations on the complexities of their dynamic interplay over time.

Through a review of established and emerging psychophysiological and behavioral research of anxiety in ingroup-outgroup interactions, the paper identifies evidence consistent with this dynamic outlook of intergroup contact effects on anxiety. In this context, the paper also advances novel and untested predictions for future investigations onto the temporal integration of contact effects during an individual’s lifespan.

These concepts form the foundation for Nicholas’ PhD thesis research, which was submitted just on September 30 and for which Nicholas has recently received a postgraduate excellence award from the Society of Australasian Social Psychologists.

Nicholas has been supervised by Stefania Paolini and Andrea Griffin in the School of Psychology, and was based in the Social Cognition Laboratory at the Ourimbah campus. He has just been offered a permanent lectureship from the Australian College of Applied Psychologists in Sydney and therefore will continue his professional journey in Sydney from January onwards.

Well done Nicholas and good luck with the next steps!

Is the UoN Functional Neuroimaging Lab moving to Auckland? No, but...

Special congratulations to Juanita Todd who will be presenting in a symposium titled
'The free energy principle in action' alongside Karl Friston, as well as to Patrick Cooper (RHD) and Patrick Skippen (Hons) who have been selected for oral sessions.

Special congratulations to Patrick Cooper who was awarded an ACNS travel award.

Also, unrelated to the Auckland conference, special congratulations to Frini Karayanidis, who has been elected to the ARC College of Experts

The Newcastle University Psychology Society (NUPS) are hosting their second Professional Development evening on Wednesday the 28th of October at Marina Views Function centre. This event will allow Psychology students and enthusiasts an opportunity to network with professionals from the field, build a greater understanding of the pathways available and learn more about some possible avenues for volunteer experience. There will be a wide variety of speakers at the evening who showcase the versatility of the psychology degree.

Students are advised to arrive at 5pm for a 6pm start with a large assortment of canapés from 5:30pm. Further canapés will be provided at intermission and beverage service will be available at their own cost.Tickets are available from, but are also limited: http://nupsnetworkingnight.eventzilla.net/web/event?eventid=2139082217

NUPS will also be holding a BAKE SALE:
Thursday the 22nd in the Auchmuty Library courtyard from 10am to 2pm.
There will be delicious cakes, slices and cookies for everyone, with vegan, dairy free and gluten free options. NUPS Memberships and Professional Development Night Tickets will be Available! Remember tickets are limited so get in fast!
Come and support the society between 10am and 2pm in the Auchmuty courtyard. The funds raised from the bake sale will be used for future student events!

Dates for your diaries

The Sensory Cognitive and Affective Neuroscience (SCAN) research group is hosting three visiting speakers in the next few weeks. Please join us for the talks! Each speaker has a brief stay in Newcastle but if you would like to meet with them let me know (Juanita.Todd@newcastle.edu.au) and I might be able to arrange it for you.

Severe traumatic brain injury (TBI) results from acceleration-deceleration forces (often sustained in motor vehicle accidents, falls and assault) and leads to heterogeneous effects on the brain, with a preponderance of multifocal damage to the lateral, anterior and ventral surfaces of the frontal and temporal lobes, and diffuse axonal damage. In addition to cognitive impairment, TBI is often characterised by emotional changes, poor behavioural regulation, inattention and poor social function.  Around two thirds of patients with TBI experience deficits in arousal and emotional responsivity. Firstly I will present evidence from several studies showing impairments are manifested both physiologically and behaviourally, and that this basic deficit in arousal, manifests as an inability to mobilise arousal for normal everyday function. The discovery of the mirror neuron system (MNS) in the human brain has provided a neurobiological substrate for understanding human social cognition directly relevant to the emotional processing deficits observed in TBI. While a large body of research has investigated MNS function in Autism Spectrum Disorder (ASD), there have been no studies investigating MNS functioning in individuals with TBI. However, this group represents an important opportunity to examine MNS function in a population with an acquired social cognition deficit, in contrast to the developmental deficit found in ASD. In this talk, I will describe how disrupted neural networks, specifically focusing upon EEG indices of functional connectivity, may explain mu suppression deficits in TBI.  Possible treatments to repair MNS function will be proposed.

TOPIC:  Self-suppression and schizophrenia (or why you can’t tickle yourself, and why it matters)
Self-generated sensations typically feel less salient than externally-generated sensations – the fact that it is difficult to tickle oneself is a well-known example. Consistent with this phenomenon, self-generated sensations, such as the sound of one’s own voice, normally evoke less activity in the electroencephalogram (EEG) than physically identical, externally-produced sensations. There is evidence to suggest that people with schizophrenia do not exhibit this ‘electrophysiological self-suppression’, which may account for their characteristic tendency to misattribute self-generated thoughts and actions to external agents. This presentation will review the evidence for ‘electrophysiological self-suppression’ deficits in schizophrenia and discuss the potential utility of ESS deficits as a biomarker for psychosis-proneness.

There are many environmental risk factors that impact on brain development and behaviour of relevance to neuropsychiatric disorders, such as autism and schizophrenia. However, selecting the appropriate candidate, the right animal model and the most informative outcome is a challenging task. We have embarked on a program of research focusing on translational neuroscience, to model candidate risk factors in animal models relevant to neurodevelopmental disorders. We have been investigating modifiable risk factors, including vitamin D deficiency, stress, alcohol exposure and advanced paternal age. We typically use a standard battery of behavioural tests to asses a range of behavioural domains, as well as structural and neuroanatomical outcomes. The animal models we have generated produce variable and subtle behavioural and structural phenotypes. The relevance of each particular animal model to a particular disorder is not always obvious, because the models ultimately inform us about the impact of a single variable on brain development and behaviour in a rodent, and this may have broader implications for brain function in humans, rather than be informative for a specific disorder. Ultimately, convergent evidence from different animal models will offer the most promise in unravelling the delicate interaction between genotype and environment on brain development and behaviour.
Posted by Unknown on 10/20/2015 10:00:00 am

Dr Miles Bore from the School of Psychology at the University of Newcastle interviewed last week to the Huffington Post. Miles talked about the Rorschach ink-blot test as well as more modern approaches to psychometric testing.

Patrick Cooper represented the University of Newcastle at the 3MT Competition at the University of Queensland on Friday October 3rd. He was one of forty speakers in the semifinals, doing an excellent job of  presenting his vision of how brain theta rhythms coordinate our behaviour.