The School of Psychology’s Social and Organisational Psychology Research Group invites you to a research presentation by Prof. Miles Hewstone, UON Global Innovation Chair in Social Cohesion and Conflict (University of Oxford & UON School of Psychology) as part of our Equity and Diversity Colloquium Series.

When: 12.00pm – 1.00pm on Tuesday 3rd October
Where: The Keats Reading Room, Psychology/Aviation Building (AVLG17), with video link to the Seminar Room, Science Offices at Ourimbah.

Title: Understanding the complexity of intergroup contact and its varied routes to the reduction of prejudice

Bio: Prof Miles Hewstone is Professor of Social Psychology and Public Policy, and a Fellow of New College at the University of Oxford (OXON), and the new Global Innovation Chair in Social Conflict and Cohesion at the University of Newcastle (UON). He is a leading social psychologist who is internationally renowned for his work on intergroup relations, especially his ground-breaking work on intergroup contact. He graduated from the University of Bristol in 1978, receiving a D.Phil. in social psychology at OXON in 1981, before pursuing post-doctoral work at the EHESS, Paris, then at the University of Tübingen, Germany (obtaining his Habilitation higher degree in 1986). He is a Fellow of the British Academy, where he advises government on policy in the area of social cohesion, resulting in his recent joint appointment in Oxford’s outstanding Department of Experimental Psychology (world ranked No. 2) and its newly-established Blavatnik School of Government. He is also a former editor of the British Journal of Social Psychology, and co-founding editor of the European Review of Social Psychology. Prof Hewstone has received a number of awards, including the Kurt Lewin Award (2012) from The Society for the Psychological Study of Social Issues, and the Codol Medal (2014) from the European Association of Social Psychology. He has published widely in the field of experimental social psychology, focusing on attribution theory, social cognition, social influence, stereotyping and intergroup relations, and intergroup conflict. His current work centres on the reduction of intergroup conflict, via intergroup contact, stereotype change and crossed categorization, addressing real-world issues including the impact of diversity, sectarianism, and Islamophobia.

We aspire for Professor Miles Hewstone's recent appointment as Global Innovation Chair in Social Cohesion and Conflict to mark the beginning of a new Newcastle-Oxford Research Centre in this timely area of research.

The CIFAL Global Network is part of the United Nations Institute for Training and Research. The acronym CIFAL stands for "International Training Centre for Authorities and Leaders". To read more about CIFAL Newcastle click here

ABSTRACT: The success or failure of projects conducted in the built environment depend to a greater or lesser extent upon the quality of decisions taken at significant points in the project life-cycle, their significance often only becoming apparent upon reflection. Traditional economic theory tells us that the rationalist decision-maker – Homo economicus – always makes decisions based upon optimisation of outcomes, whereas the more recent science of behavioural economics indicates that most human decision-makers are boundedly rational, making "satisficing" decisions. It is clear that Homo sapiens decision-makers, whilst aware of the need for rational data collection and analysis followed by unbiased choice selection, usually make decisions for boundedly rational reasons. The results are often "good enough" to ensure that project stakeholders are content. Nevertheless, in an industry known for small profit margins and low levels of innovation, an understanding of the influences on strategic decision-makers is instructive when considering the promotion of new technologies or processes. Whilst the decision-making process cannot ultimately be observed directly it can be understood indirectly through the lived experience of those making the decisions, those affected by their decisions, and the eventual performance of the project itself. This can be achieved by a rigourous, multi-perspective phenomenological enquiry. Such approaches can be valuable in other domains such as policy effectiveness. 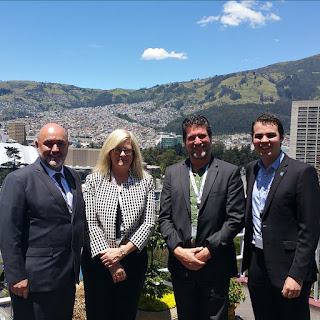 SCAN researchers A/Prof Frini Karayanidis, A/Prof Juanita Todd, Emeritus Professor Pat Michie, Dr Patrick Cooper, Kaitlin Fitzgerald, Olivia Whalen and Montana McKewen recently attended the 13th International Conference for Cognitive Neuroscience (ICON) in Amsterdam, the Netherlands. ICON is one of the most prestigious scientific meetings in the field. It is held only every 3 years, and as it does not belong to any professional society, it tends to draw an inter-disciplinary and integrative audience from the field of cognitive neuroscience. The 4-day conference gave us the opportunity to present our current research as well as hear presentations from prominent researchers in the area.

Juanita coordinated and spoke in a symposium titled “Perspectives on sensory prediction”. Frini presented a poster on how the variability in white matter microstructure alters proactive and reactive cognitive control processes in ageing. Patrick’s poster was on preparatory frontoparietal theta during task-switching and how it is associated with goal-updating and improved behavioural performance. Kaitlin’s poster examined multiple timescales of automatic statistical learning modulate mismatch negativity (MMN) to auditory pattern deviations. Olivia’s poster investigated the relationship between temperament, sensory processing and attentional control development in early infancy. Montana’s poster was on the distinct phase-locked and non-phase-locked theta components of proactive control in a task-switching paradigm. The 90-minute poster sessions were a good opportunity to meet people in our respective areas and discuss methodology and findings in detail, something that is not always possible in other presentation formats. These discussions were particularly helpful for PhD students Kaitlin, Olivia and Montana to gain feedback outside of their supervisory teams.

We look forward to attending the next ICON in 2020 which will be held in Helsinki! 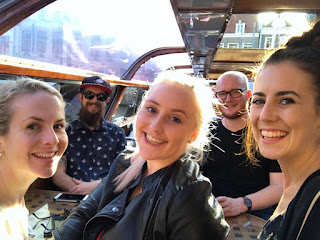 The Cognitive Research Group is proud to host its cross-group seminar for Semester 2 2017, with a talk by Associate Professor Matthew Finkbeiner from Macquarie University

WHERE: Keats reading room, AVLG17. VC link to Ourimbah will be available.

ABSTRACT: A striking feature of human behaviour is our ability to configure our cognitive system to optimize performance in a wide range of contexts through adjustments in, for example, perceptual selection and/or response biases.  This remarkable ability is referred to as cognitive control and a central goal of cognitive science is to develop an account of how cognitive control is achieved.  In an effort to remove the homunculus from earlier theories of cognitive control, Cohen and colleagues have proposed the “Conflict Monitoring Hypothesis” (CMH).  This hypothesis has been used to explain patterns of performance in several conflict-inducing tasks (e.g. Stroop, Simon & Flanker tasks) and has received strong support across fields, including both Neuroscience and Psychology.  A core assumption of the CMH is that conflict arises as a function of the magnitude, not the timing, of the activation of competing (conflicting) representations at the response level.  In the present study, we used the reach-to-touch paradigm in a fine-grained investigation of these time- and magnitude-difference accounts of the Simon, Stroop and Flanker tasks.  Our results support the time-difference account of the Simon effect and the magnitude-difference account of the Flanker effect.  The results of the Stroop task did not strongly support either account.