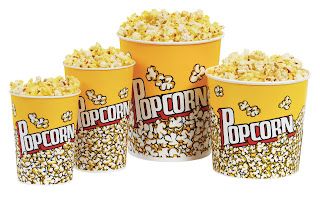 For those of you have children who watch the "Brain Games" series on Foxtel you may remember an episode about how our decisions can be manipulated by marketing. They described a scenario where movie goers were offered a small popcorn for $2 or a large one for $7. Everyone chose the cheaper option until a third one was introduced, a medium popcorn for $6.50, which caused people to prefer the large popcorn with comments like "We may as well get it because it is only 50c more".

This is an example of a decision context effect, where the introduction of a third option (which doesn't get chosen) causes a change in preference between the original two options. Our paper shows that this context effect, and two others, occur not only in consumer decisions but also in simple perceptual decisions (about the size of rectangles) and so tell us something fundamental about most, if not all, human decision processes.

This work arose out of a visit to the Newcastle Cognition Laboratory in 2012 by Jennifer Trueblood, a graduate student at Indiana, now faculty at UC Irvine. We presently are revising a paper that has been invited for resubmission at Psychological Review, describing a new theory of these effects, the MLBA model, hopefully something we can describe in more detail in a future post!


Increasingly in the 21st century, humanitarian work is carried out at the front line of modern global conflicts and disasters, which may include experiencing genocide.  The consequences of finding oneself caught in the swift and complex forces of genocide are phenomenologically beyond psychoanalytic conceptualization.  Psychological challenges for humanitarian aid workers who experience such events are therefore complex.  How do they make sense of that dual threat to self and those they seek to help, and how do they reintegrate with family and community on return home?

A recently published study (McCormack & Joseph, 2013) interviewed international aid personnel who had experienced the phenomenon of genocide.  What these participants had witnessed was beyond comprehension.  However, their distress was complicated on return by what they perceived as invalidating support from their deploying organisation, some family members and their workplace.  They felt betrayed, isolated and rejected.  They began to self blame and experienced feelings of shame.  For years they struggled with posttrauma distress, and for a period, lost their altruistic sense and empathy for others.

Increasingly, the construct of posttraumatic growth is recognised as an extension to the theories of trauma.  The researchers were therefore interested in whether these participants might, over time, redefine their experiences positively and growthfully.   Though it took years, shame eventually gave way to self forgiveness.  Empathy re-emerged and they began the process of self-caring again.  Eventually their altruistic identities recalibrated but with a better sense of their limitations.  The study recognised the difficulty in reintegrating after such deployments and the importance of family and organisations in validating the work of humanitarian aid personnel.  Though it is difficult to find the words to express such horror, narratives need a voice and validating support post-mission is paramount for psychological and psychiatric wellbeing.

For more information about this work please see the following journal article: 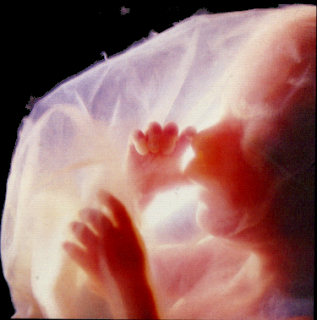 Infertility is a rising problem around the world. Coupled with a current tendency to delay childbearing, the growth in the population of many countries has come to halt. Bacterial infections are an often overlooked cause for infertility. This is particularly relevant to the recent increase in Chlamydia infections among young people. When untreated, Chlamydia in pregnant women can be transmitted to the newborn. As a result, up to 15% of newly born babies are currently known to be infected with Chlamydia, reducing their reproductive potential.

Animal studies have demonstrated that exposure to bacteria during early development can lead to a change in the onset of puberty, as well as in ovarian morphology and sexual behaviour. Luba Sominsky and colleagues from the University of Newcastle, Australia, have shown that when infant rats are injected with lipopolysaccharide molecules that are normally found on the exterior of bacteria, the expression of genes in their ovaries changes, especially for genes implicated in immune-mediated inflammatory disease.

Sominsky et al. propose that during early development, immune factors are major regulators of ovarian development, so that an immune imbalance during this period may interfere with the formation of ovarian follicles, compromising fertility later in life.

This link between adult fertility and infections during critical periods of development may help explain the ongoing trend for declining fertility in young women worldwide.

For more information about this work, please see the following journal article: 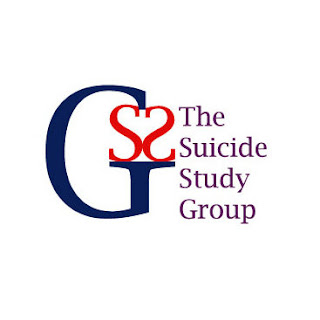 The evidence that sexual minorities (e.g., lesbians, gay males, bisexuals, and those questioning their sexuality: LGBQ) are at increased risk of suicide is fairly robust. This study (anonymous, online survey, N = 1,016), as several others, found LGBQ participants were more likely to meet standardized assessment criteria for suicide-risk.

Knowing which groups are at increased risk of suicide provides great help for outreach, treatment and prevention. Unfortunately, some may view at-risk groups in a tick box manner, recognizing the risk but not looking for nuances in risk behaviors. This study was the first to methodically compare suicide-risk heterosexuals with suicide-risk LGBQ.

Matched pairs analyses compared suicide-risk LGBQ and suicide-risk heterosexuals (n = 79; aged 18 – 76) on suicidal behaviors (i.e., ideation, attempts, disclosure of suicidal intent, and prediction of future suicide). As shown in previous research, LGBQ reported greater likelihood to disclose their suicidal intent. LGBQ also reported more suicide attempts and were more likely to predict future attempts. However, the two groups showed no statistically significant differences on suicidal ideation. Ideation was assessed through current wish to die, past year ideation, and through engagement in an internal debate on whether to live or die (lifetime).

This study demonstrated the necessity of assessing suicide risk beyond thoughts, and looking at a more complete scenario of risk behaviors. This study showed that looking beyond the tick box label of “high risk” can yield important and interesting details of how a group can be at increased risk.